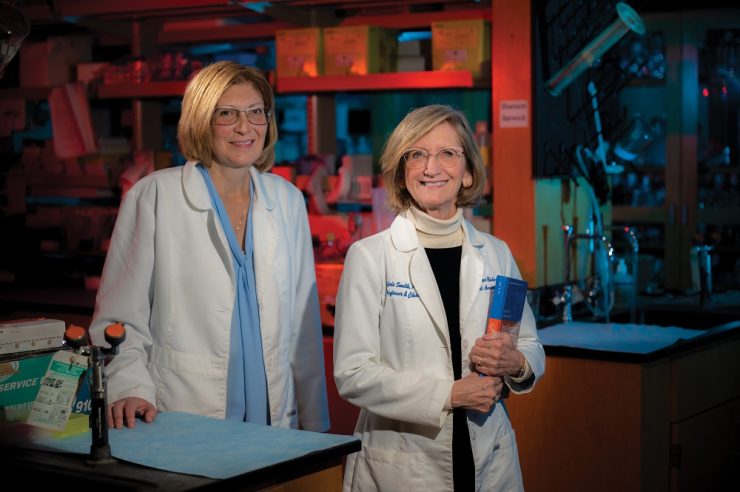 A ubiquitous protein called sigma 1 receptor, which is known to protect cells from stress, appears key to the function and survival of the neurons most impacted by glaucoma, scientists report. 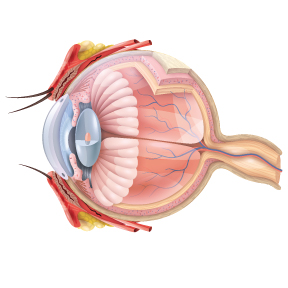 Sigma 1 receptors are expressed on cells throughout the body, including the retinal ganglion cells in the back of the eye, which help connect the eye to the brain so we can see, as well as brain cells called astrocytes which normally nourish and otherwise support those neurons.

MCG scientists have found that even when the two brain cell types are just in a cell culture dish together, retinal ganglion cells can survive fairly well, unless the sigma 1 receptor is missing from their astrocytes, says Dr. Kathryn Bollinger, an ophthalmologist specializing in glaucoma and a retinal cell biologist in the Department of Ophthalmology.

Bollinger was corresponding author of the paper featured on the cover of Investigative Ophthalmology and Visual Science, which provided some of the first evidence that increasingly available synthetic compounds like the pain reliever (+) – pentazocine, which activate sigma 1 receptor, may one day help mitigate the damage from glaucoma, a major cause of blindness.

“Unfortunately in patients who have glaucoma, because of the structure of the retina and the optic nerve, the axons, or extensions, of the retinal ganglion cells are vulnerable to damage,” Bollinger says. “Since these cells are so important for communicating the visual signals to the brain, patients can lose some or all their vision because of glaucomatous damage.” The blood vessel system that feeds that back area of the optic nerve also can become damaged, and inflammation can worsen damage, she says.

The benefits the scientists saw in culture were derived even though the two cells types were not physically connected, just in the same dish, notes co-author Dr. Sylvia Smith, retinal cell biologist and chair of the MCG Department of Cellular Biology and Anatomy. Normally star-shaped astrocytes have a pretty tight hold on the neurons they are supporting.

In fact, they found that retinal ganglion cells are better protected from just being in the same medium in which astrocytes with their sigma 1 receptors intact had been, even after the astrocytes themselves were not present.

The scientists are exploring further any neuroprotective role sigma 1 receptors have in each brain cell type, how they might work together and what happens when it’s the retinal ganglion cells missing sigma 1 receptor.  They also are working to move their studies from cell culture into animal models for glaucoma.