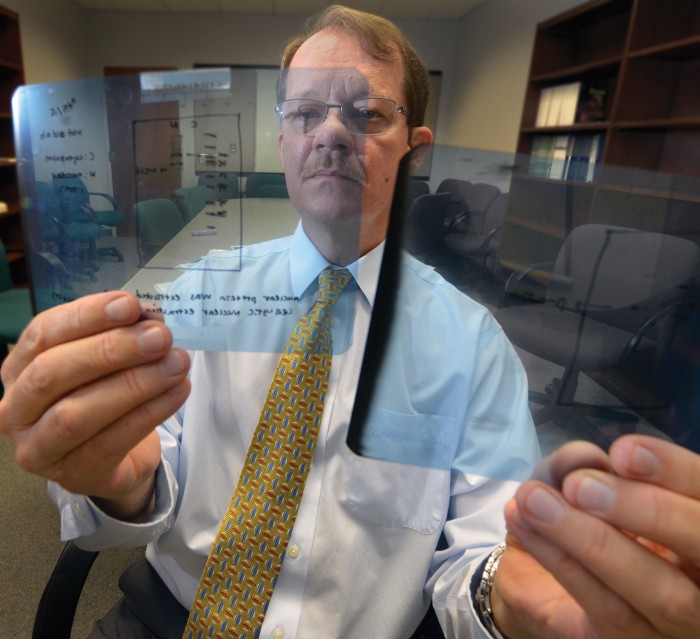 Dr. Lawrence Layman is an expert at treating scars.

And not just the physical kind.

When a patient comes to him because of delayed puberty – the absence of puberty onset in both boys and girls by approximately the mid-teens – Layman knows that the physical toll is only the tip of the iceberg.

“Delayed puberty has not only physical repercussions, but emotional ones as well,” says Layman, who holds the Medical College of Georgia’s Robert B. Greenblatt, M.D. Chair in Endocrinology. “For instance, boys with the condition don’t get facial hair; their voices don’t change. It causes a lot of psychological stress and delayed social development.”

The condition, which affects about 3 percent of children, most commonly results from insufficient gonadal steroid secretion, commonly because of inadequate production of gonadotropin-releasing hormone from the hypothalamus.

Environmental conditions, including malnutrition and some medical therapies to treat other diseases, can cause the condition as well. But it is the body’s altered genetic makeup that most typically steers patients to Layman’s office. And virtually nowhere in the world are those patients in better hands.

Layman not only treats the condition, but researches it as well. His studies, which have been continuously funded by the National Institutes of Health since 1997, have uncovered four to five genes that possess mutations implicated in the condition – a breakthrough that enables continually improving treatments.

Layman finds it eminently gratifying to chart his patients’ path to wellness – including, in most cases, the ability to procreate – through hormone treatments and other methods. “Treatments are extensive and have side effects, so we’re still trying to find other genes involved in delayed puberty,” he says. “Many of them can be inherited, so the better we can identify them, the better we can not only treat the condition, but help prevent it in future generations.”

For more information about the Greenblatt Chair or to make a donation, contact:

Greenblatt, for whom the Augusta University Health Sciences Campus library is named,  began his career at MCG in 1935 and went on to chair its Department of Endocrinology, the country’s first independent department in the field. By the time he retired in 1972 as a professor emeritus, he had amassed countless contributions to the field, including publishing the first scientific paper on the sequential form of oral contraception – the birth of the birth-control pill. His achievements illuminated many aspects of fertility, including nascent treatments for those unable to conceive. Although it was initially considered to be a breast cancer treatment, Greenblatt found that clomiphene citrate induced ovulation, giving rise to one of the most successful treatments of infertility.

Layman, who was named to the chair in 2011, is thrilled to perpetuate Greenblatt’s legacy as chief of the MCG Section of Reproductive Endocrinology, Infertility and Genetics in the MCG Department of Obstetrics and Gynecology.

“When I started training with Dr. McDonough, I realized that MCG’s research wasn’t limited to fertility; the school has a very dynamic program in reproductive endocrine diseases and genetics,” Layman says. “I discovered that those abnormalities and reproductive problems, especially the ones with genetic components, were very interesting to me.”

As proud as he is to hold the chair that bears Greenblatt’s name, he is even prouder of the implications of MCG’s research for future generations and for the international renown of the college’s efforts in the field.

“We study and treat patients from all over the country and beyond,” he says. “They’re tremendously relieved to understand what is wrong with them and to know that help is available.”