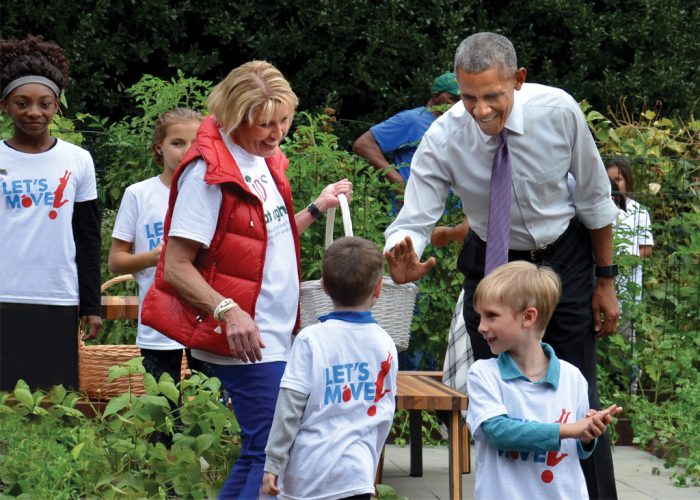 In the Field: A Bountiful Harvest

After the 2010 census revealed Burke County had one of the highest child poverty rates in the country, with 48 percent of children living below the poverty line, CBS was interested in filming a special about poverty in Burke County. They reached out to school officials, but the officials weren’t interested in what they saw as negative publicity.

And why not? Martin’s team serves 4,400 meals a day – breakfast, lunch, afterschool snack and supper – to students in Burke County’s five schools. They even serve meals during summer months – approximately 2,500 meals per day.

These meals are part of the county’s Farm to School program. Through this program, Martin partners with local farmers to buy fresh produce and other food items for the school cafeterias.

The program has been wildly successful and has grown to include a weekly farmers market. In fact, the county was recently recognized at the state level for having the best Farm to School program in the state of Georgia.

After talking with Martin, CBS was particularly eager to explore the impact the program had on the Burke County high school football team, whose documented malnutrition was one reason Martin’s team started the supper phase of the program. In short, the players needed more calories.

“We started the supper program and began feeding our athletes and anyone who stayed after school,” Martin said. “Our football team went on to win the school’s first state championship, and the coach gave a lot of credit to the school nutrition program.”

The next few years were a whirlwind of activity. First, Martin testified before Congress about First Lady Michelle Obama’s Healthy, Hunger-Free Kids Act and the new nutrition standards set for school meals; then she visited the White House to speak with the first lady; and then the first lady came to Burke County to work in the school’s garden as part of her American Garden Tour.

The back-and-forth culminated in October 2016, when Martin returned to the White House as an invited guest of the first lady to help celebrate the final harvest of the White House Kitchen Garden. Martin was also asked to speak at the event. Even the president joined in.

Martin’s passion for school nutrition has brought her to the national stage, a role that excites her.

“I have become an activist,” she said. “I never thought that would be a role I would play.”