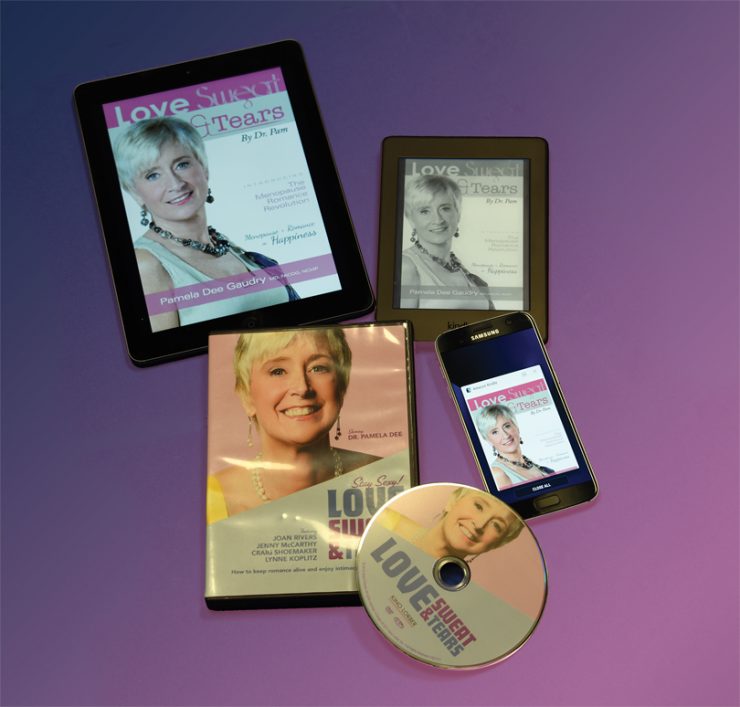 After a long career in obstetrics and gynecology, Savannah-based Dr. Pam Gaudry (MD ’89) opened the Georgia Center for Menopausal Medicine and Direct Primary Care in 2018 as a way
to deliver a new kind of care to menopausal women.

Along the way, she also produced Love, Sweat & Tears, a documentary film now airing on Netflix. The film, which deals frankly and humorously with the intimacy issues that accompany menopause, features comic legend Joan Rivers, who met with Gaudry a month before her death. “It’s very difficult to get an independent film made,” Gaudry says. “I tell doctors around the country to view the film with their patients so they don’t feel so alone.”

How did you know you wanted to focus on menopause?

I realized I didn’t know how to take great care of menopausal women, so I got a menopause certification and a sex therapy certification, and it has been as rewarding as delivering babies, which is the best thing in the world to me.

How did you wind up making Love, Sweat & Tears?

The whole movie was completely divinely inspired. I set out to have a series of professional looking lectures on YouTube or iTunes and so many people offered to help that we started going all over the country to film. Eventually, the producer said, “We need to make this a documentary.”

Joan Rivers appeared in the film. What was that like?

She was going to give us 30 minutes, but she ended up talking to me for an hour and a half. And then she told us jokes for another two hours, building on what we’d talked about. She was amazing.