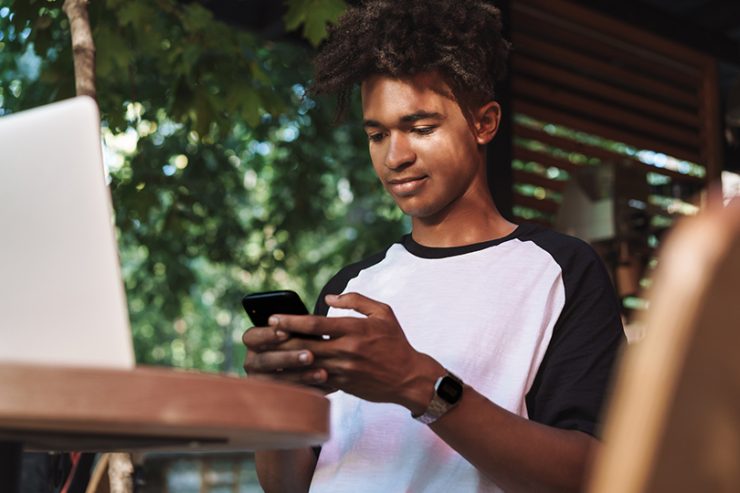 Advice Over Time: Tech Time and the Growing of the Internet of Things

For most kids a generation ago, getting a bike represented that first big step toward adulthood. With a bike came independence, but as that independence grew, so too did parental worries.

Today, many would say that rite of passage — and its corresponding worries — has been passed to the smartphone.

Late in 2018, the Deseret News and the Center for the Study of Elections and Democracy at Brigham Young University released the results of the 2018 American Family Survey, an annual nationwide study designed to understand the experiences of Americans in several different aspects of life and how those experiences relate to a variety of public policy issues.

As part of the study, nearly 500 parents of children between 12 and 17 were given a list of 15 concerns and then asked to narrow it to the four most important issues facing teenagers.

Fifty-three percent of parents said they were most worried about the overuse of technology.

Social media use, of course, has become a fear in itself, whether from a modern “stranger danger” angle, from viral threats like the Tide Pod challenge, where kids filmed themselves consuming detergent packets and then challenging others to do the same, or from cyberbullying, the repercussions of sexting or the fact that the internet remembers everything. Forever.

And with so many kids connected to so many different platforms with so much constantly flowing content, keeping up with all the activity can seem like a 24/7 obligation, leading to poor sleeping habits and a “fear of missing out” (FOMO). While not a defined mental health condition, FOMO is nevertheless a serious issue with a variety of consequences that are only now beginning to emerge.

Even parents with the best intentions are finding themselves guilty of complicating their children’s lives.

According to a study by the British technology company Nominet, by the time the average child turns 5, nearly 1,500 of that child’s images have been posted online. And even for parents who carefully monitor the amount of online exposure they give their children, not everyone is so careful. The same study showed that on average, parents have uploaded photos of other people’s children nearly 30 times in the last year.

Which is good for advertisers who want to collect as much information as they can about behavior — but not so good for privacy.

Growing the Internet of Things

In the early 1980s, a student at Carnegie Mellon University developed a sensor that alerted him to the soft drink supply in the nearest vending machine.

Since then, we’ve connected everything from locks and lightbulbs to speakers and security cameras, connecting ourselves in the process.

1991
World Wide Web Debuts
In 1989, Tim Berners-Lee (now Sir Tim Berners-Lee), a software engineer at CERN, the large particle physics lab in Switzerland, maps out the elements of the modern web as a way for scientists to take advantage of connected computers to share information. Originally just for the CERN community, this World Wide Web of computers becomes accessible to the outside world in 1991. In 1993, CERN agrees to make the underlying code available royalty-free, laying the groundwork for a new age of connectivity.

1999
‘Internet of Things’ term coined
Researchers at the Auto-ID Center at MIT, including co-founder Kevin Ashton, link objects to the internet using radio frequency identification (RFID) technology. At a presentation describing this advance for Procter & Gamble, Ashton uses the term “Internet of Things” for the first time.

2015
Wearable Tech Goes Mainstream
Several innovations illustrate the level to which connected technology has taken center stage in modern life, but perhaps none more so than Fitbit, the wearable fitness tracker that uses wireless communication synchronized to smartphones and other devices to track a variety of physical information. According to Fortune, the company’s initial public offering raised nearly $740 million.

2020
Massive Growth
IT and networking giant Cisco projects more than 50 billion devices will be connected to the internet by the turn of the decade, with spending on assorted Internet of Things technologies expected to reach $267 billion by 2020. Networked sensors are anticipated to surpass 1 trillion by 2022.

Like
Like Love Haha Wow Sad Angry
Advice Over Time American Family Survey Center for the Study of Elections and Democracy Deseret News Internet of Things
Share your story
Our best stories often come from suggestions from the campus community.
Submit News