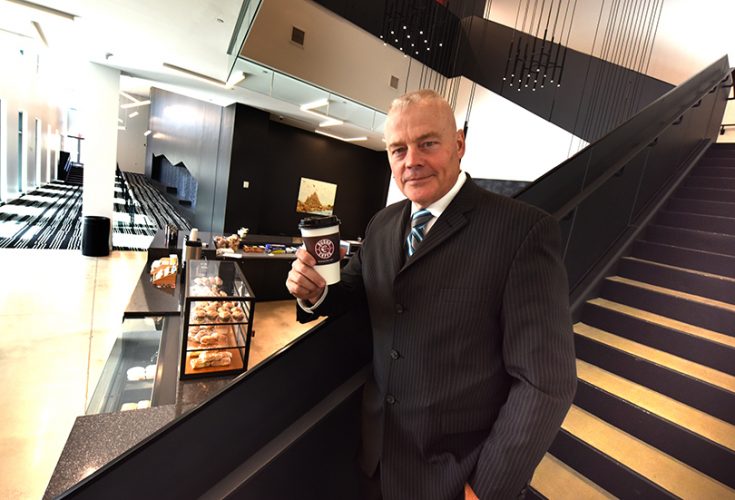 With 32 years in the Army and five years as a contractor with General Dynamics, Dr. Tom Clark, executive director of the Fort Gordon Alliance, calls his current job his most rewarding.

The Alliance, which was formed in 2003 to create community awareness regarding Fort Gordon’s economic impact ahead of 2005’s Base Realignment and Closure (BRAC) report, remissioned in 2017 to become the leading agency to start the Fort Gordon Cyber District, a two-state, seven-county organization that makes sure the area is known as the place where cyber professionals want to live, work, play and learn.

“We added this mission because of the critical shortage of cyber professionals, not only in our region, but around the world,” Clark says.

Since Augusta University President Brooks Keel coined the term “cyber tsunami,” the area has seen unprecedented growth, including the construction of the $100 million Georgia Cyber Center, the general buildup to the arrival of the U.S. Army’s Cyber headquarters in 2020, $1.6 billion worth of infrastructure improvements that will be done on Fort Gordon between now and 2028 and many other important additions.

“Nobody wants them to go away,” Clark says of Fort Gordon, the area’s leading employer and a $2.3 billion-a-year economic driver. “Not Augusta University, not the guy who cuts my hair, not the dry cleaning guy.”

And the positive feelings go both ways.

“I could tell you that the command leadership, many of whom have been all over the world, has said they have never experienced the positive relationship that they experience here with our community,” he says.

Two Facts and a Quote

FACT 1
Clark has been named one of 2019’s most influential Georgians by Georgia Trend and James magazines.

FACT 2
In 2016, the region only had 26 Cyber Patriot teams — school-based teams of cyber students that compete against one another. Last year, the area had 84 teams, and this year it has 101, earning national recognition as a Cyber Patriot Center of Excellence, one of only 15 in the nation.

QUOTE
“I love connecting people in our region not only to Fort Gordon, but to each other.“

On the Range: Creating the Playing Field