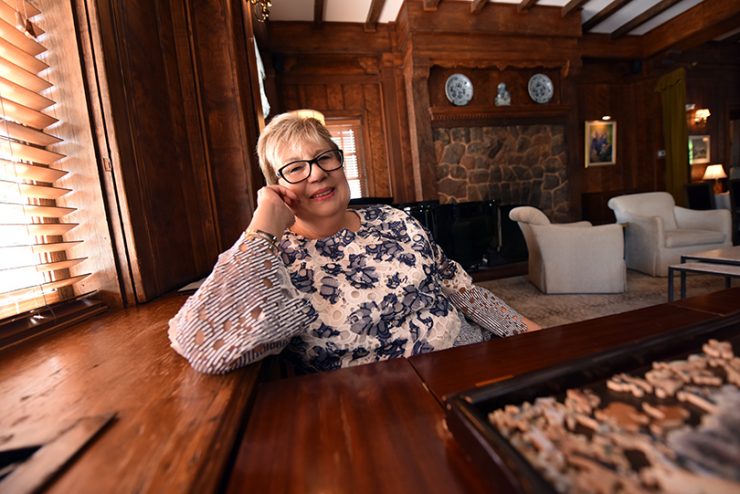 While Augusta’s growing reputation as a cybersecurity hub feels like a relatively recent development — and certainly the announcement of the relocation of the U.S. Army‘s Cyber Command Headquarters to Fort Gordon and the $100 million investment the state of Georgia made at the Georgia Cyber Center are only a few years old — Augusta University graduated its first computer science student 40 years ago.

Not only that, but the first graduate was a woman.

Even today, with programs like the area’s Cyber Patriot teams and the university’s Girls Who Code encouraging young girls to enter the computer science world, the major is still predominantly filled by males.

So imagine what it was like in the late 1970s at then-Augusta College when Ann Anderson decided she wanted to get a degree in computer science.

“There was another female in one of the classes, but otherwise I was the only one,” she says.

Already with an associate degree and having worked in research and education support at the Medical College of Georgia as well as in the kidney and bone marrow transplant programs at Grady Hospital and Emory University, Anderson decided she wanted to try something new. And at the time you couldn’t get more “new” than computer science.

“Because of my medical background, I knew computer science would have a big impact on things that could be done in the medical world, but did I know it was going to be the way it is now?” she laughs. “Heck no.”

Initially drawn by the logic of it — “You took a problem and you solved it” — she immediately grew fond of its absolute nature.

“I came from an area where things were not black and white,” she says. “With this, it was black and white. That’s why I liked math — you either prove it or you disprove it.”

While Augusta University’s School of Computer and Cyber Sciences is now one of the university’s marquee programs, with enrollment increasing and an unprecedented number of new faculty being hired, computer science classes were much different in 1979.

“We had a class where we had, I think, five people in attendance,” she says. “Today, that would be unthinkable. But I was lucky enough to be able to take a class like that.”

And while faculty experts now carefully tailor curriculum to the ever-changing needs of the world, back then it was a different dynamic entirely.

“We all went in and we learned together,” she says. “The teachers — they learned as we learned.”

After graduation, that knowledge took her to BellSouth mobility and later BellSouth International, where she opened up mobile phone markets across South America, Europe and China. Along the way, she even survived a Venezuelan coup attempt. (For more about Anderson’s exciting life, visit Jagwire, Augusta University’s news and information site).